A castle in the Müritz region for weddings, fantastic celebrations and stylish receptions. One of the most beautiful castles in Mecklenburg awakes from its “Sleeping Beauty sleep”!

Only a few kilometres south of the Müritz in the Müritz National Park village of Retzow lies the castle of the same name.
Built around 1800 in pure classicistic forms, it is the ideal place for a big wedding in the countryside, as it was celebrated on a grand scale in the past. The castle has been restored true to the original and thus restored. No compromises like for a hotel business, but the castle in all its generosity belongs to its temporary lords.

The centrepiece is the Belle Etage with the large hall for 120 guests with its passage to the terrace and the English castle park with its ancient giant trees. To the left and right of the hall are the green and red salons. The English gentlemen’s room with the bar and the large fireplace room or hunting room complete the ensemble of the Belle Etage. The setting is fantastic and also suitable for events, conferences or receptions. Thirteen dreamlike, individually furnished holiday apartments with bathroom and kitchen are newly renovated and offer a total of 43 beds. They can be booked individually for holidays or as part of the “rent a Castle” package.

This house has no equal – try it out!

Southeast of the Müritz, on the edge of the national park, lies the originally Slavic village of Retzow. The estate was a centuries-old property of the v. Kerkberg family. In 1787 the v. Hammerstein family came into the possession of Retzow, who also had the manor house built around 1800, which has remained unspoilt in its pure classicist style until today. The castle-like manor house is a broad plaster building with 17 axes. The central risalit with the Tuscan columns supports a triangular gable. In front of it there is an open staircase and a stately driveway. The central axis to the garden is accentuated by pilasters and an open staircase leads into the park, which is now overgrown.

The castle is flanked by the Marstall and the Kavaliershaus, thus forming a U-shaped ground plan. An English landscape park of approx. 7 hectares closes the estate to the south.

Already before the Second World War Retzow was taken over by the Air Force and the manor house was operated as a training facility for German aviation because of its proximity to the Rechlin Air Force test site. After the war, it served as temporary accommodation for refugees from the German eastern territories. From 1951 to 1994 it was used as a home for the elderly. Since then it stood empty.

In 2012 the Danish businessman Lars Fogh bought it and the castle ensemble was carefully restored. 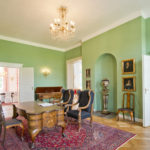 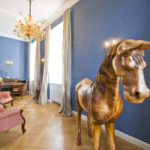 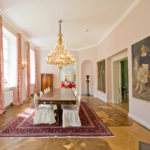 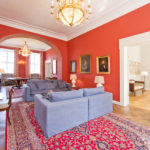 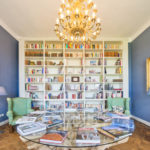 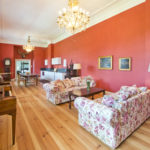 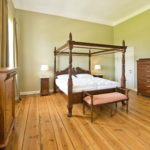 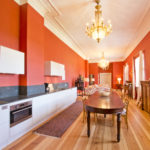 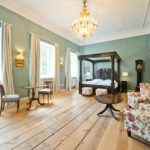 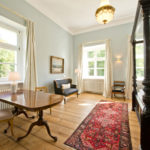 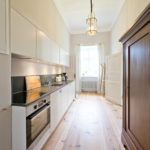 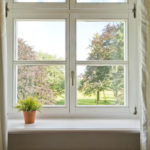 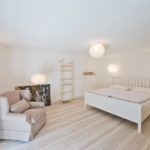 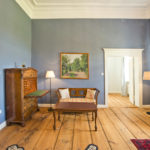 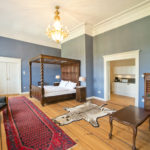 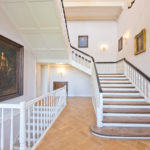